The first time I saw the snow poles shown below, I was on a state route in the state of Maine and had to ask what they were.  A Mainer explained they marked the sides of the road so snowplow drivers knew where to plow.  Then one time in Green Bay, Wisconsin I remarked how well-shoveled people kept their driveways, and a local had to explain that if they doddled, the snow would quickly pile up and shoveling would then become a real chore.  In both cases, that's way more snow than I care to deal with.

Perhaps you lived through the Dayton "Blizzard of 1978" and its three feet of snowfall and much higher drifts, but most winters we get much less than that all winter, usually in under 4-inch increments, making snow poles non-existent and shoveling driveways optional.  Snow is beautiful, but I'll take mine in our smaller quantities. 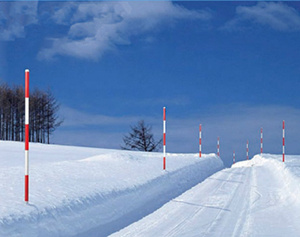 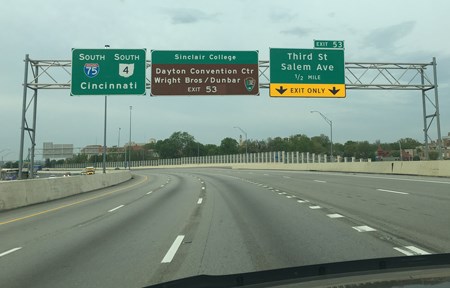